A Trip to the Maldives – by Andy R

News A Trip to the Maldives – by Andy R 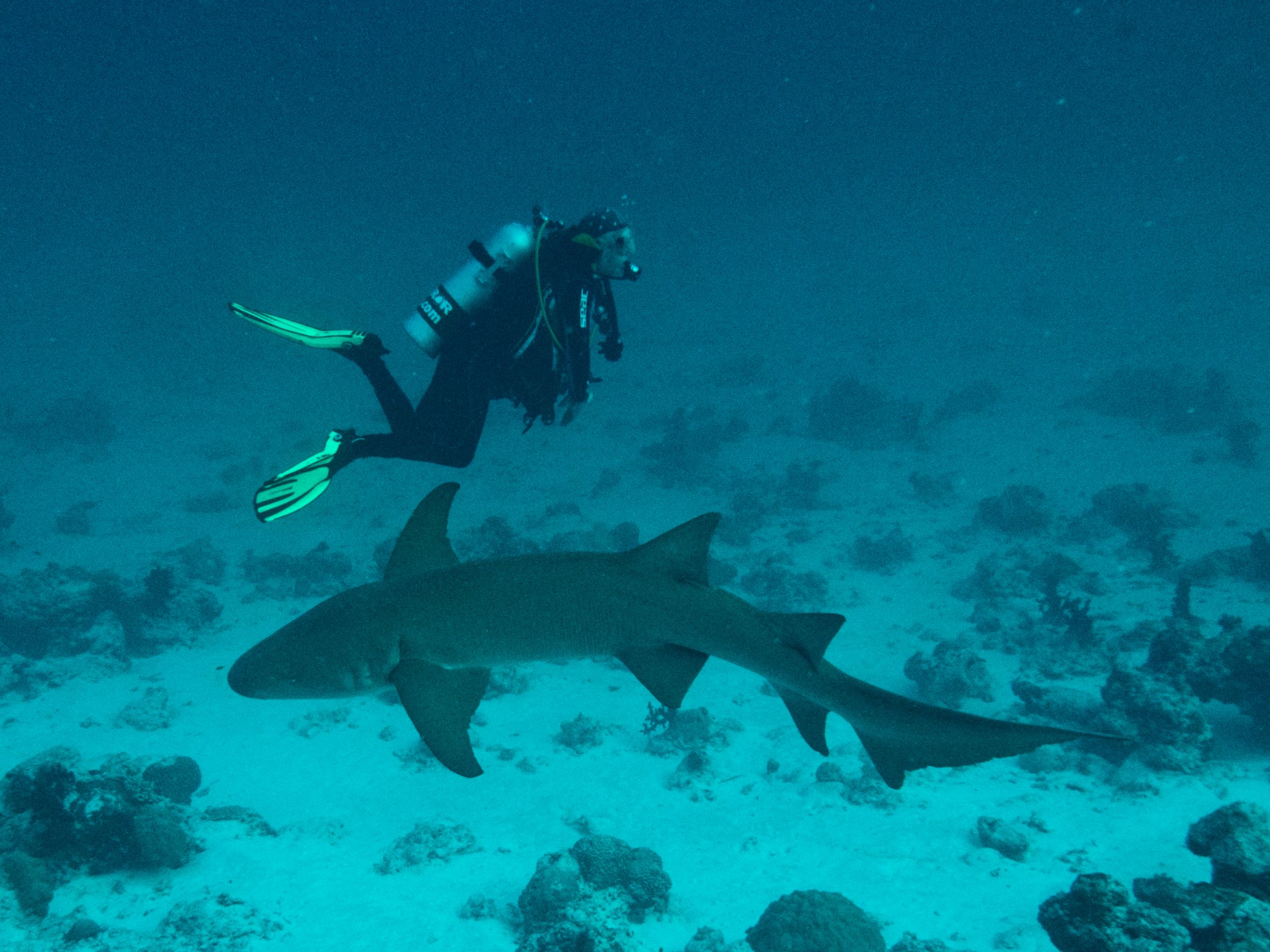 Paul B, Andy B and I booked a live aboard trip to the Maldives for 2020. Unfortunately, Covid happened and the trip was postponed, first to 2021 and then to 2022, a few weeks later in the year and on a different boat than we had originally planned.

For those of you that haven’t been on a live aboard, the normal practice is to set up your kit on day one and only take your regs. off after diving (for filling) until the last dive when you rinse, dry and pack your kit to go home. Most of the day is spent either diving or eating! The Maldives differ slightly as all the diving takes place from a separate, smaller boat called a Dhoni rather than the live aboard or zodiacs.

There were too many highlights to write them all down here, so I will pick out two of my favourite dives. The first was a little different from dives I have done before. We were in a place called Fesdu lagoon and the crew set up floodlights pointing into the water at the stern of Emperor Leo, our mothership. The lights attracted plankton which in turn led to Manta rays coming in for a feed. A couple of hours after the lights went on, we spotted a Manta from above and it was time to kit up and go. Jules, our French lead guide went in first with around 20 torches gaffer taped to stakes and stuck them in the sand at two or three metre intervals in a semicircle with the torches pointing up.

We all jumped in and found a place outside the line of staked torches and knelt on the bottom at 13M or so. As we watched, the Mantas cruised around. It seemed like there were hundreds present, but in fact, there were only five or six that kept circling. As we added our own torches to the already bright lights shining upwards, the Mantas homed in on them and swooped towards us with gaping open mouths, filtering the plankton they need to survive.

Although they always missed us, I felt compelled to duck a few times when they got really close! Taking photos of the Mantas  wasn’t easy as they move quite quickly and one second they are a speck on the screen and next second they don’t fit in the frame. For a while, I put the camera down and just watched their graceful movements. We were told 45 minutes maximum for this night dive but that just wasn’t long enough for me and as people gradually started to go up, we saw Jules collecting the torches and stakes. He signalled that we could stay a little longer. We took full advantage and finally came up after a fantastic 70 minutes.

My other favourite dive was at Alimatha jetty. Last time I dived here, it was a night dive and there were probably more than 200 divers in the water at the same time. We nicknamed it Alimatha circus! This time, it was a dusk dive and the guides told us it would be even better, I wasn’t convinced. There are many bottom dwelling nurse sharks in the area. I believe the sharks were originally attracted to the area with some divers feeding them. I’m glad to say that the Emperor boats are against this practice. The nurse sharks feed on spiny lobsters and other crustaceans, small stingrays, sea urchins, squid and bony fish. 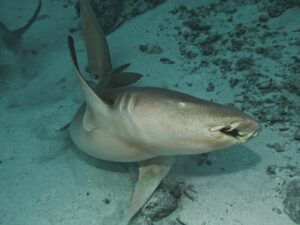 After a short ride on our Dhoni (Neemo) we entered the water spotting our first nurse shark. I found a mother and baby who had an itch and turned upside down to scratch his back on the sand. Someone pointed out a clump of weed that turned out to be a ghost pipefish. All too soon, it was time to head back to Neemo. Another enthralling 70 minute dive but the jury is still out as to whether it was better than the night dive on the same site. Go to the Gallery to see some of our photos! 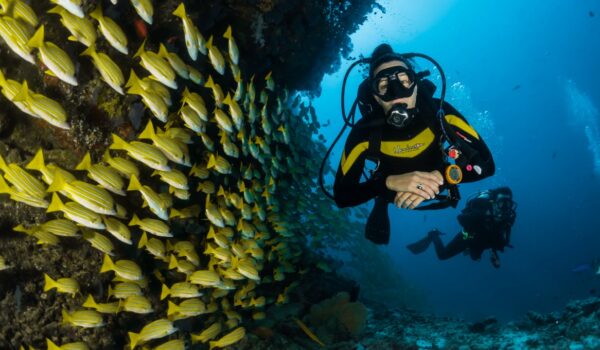 Book your Try Dive session at Pool in the Park with a fully qualified BSAC Instructor. For just £20, we will provide the pool, kit and bags of fun!